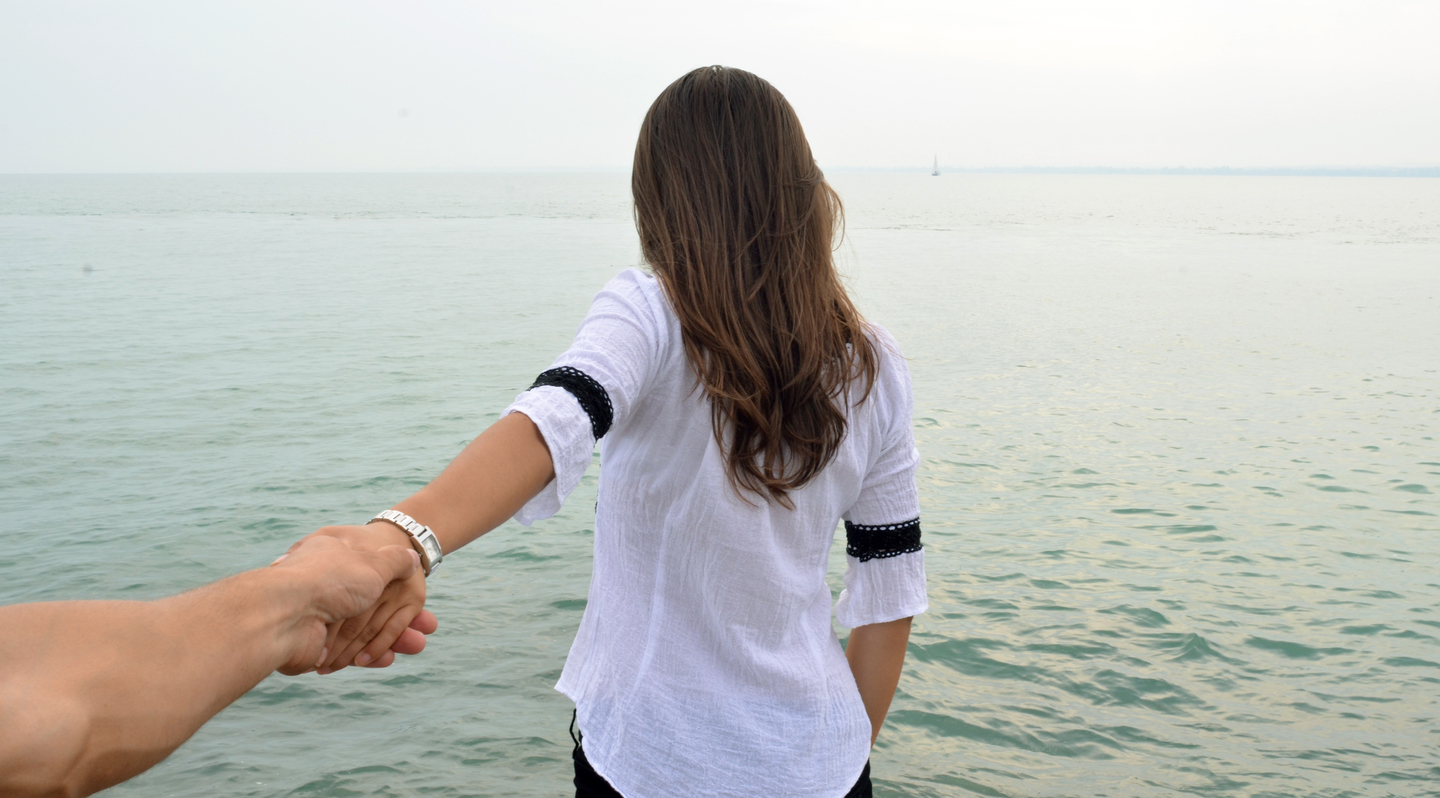 How do romantic relationships fair in long-distance cruising situations?

Although living on a boat and sailing around the world is a very exciting life cruising couples will spend 24 x 7 x 365 x several years in isolated environments for extended periods. They are 100% reliant on each other, often with their lives at stake, and share everything. Many may question, can their relationship survive this?

Finding and living life with the partner you are meant to be with, and consequent family, has to be the single most important pursuit for a human being. For, get this one thing right in your life, and it will be well lived, joyously shared and supported and the source of deep and profound happiness. 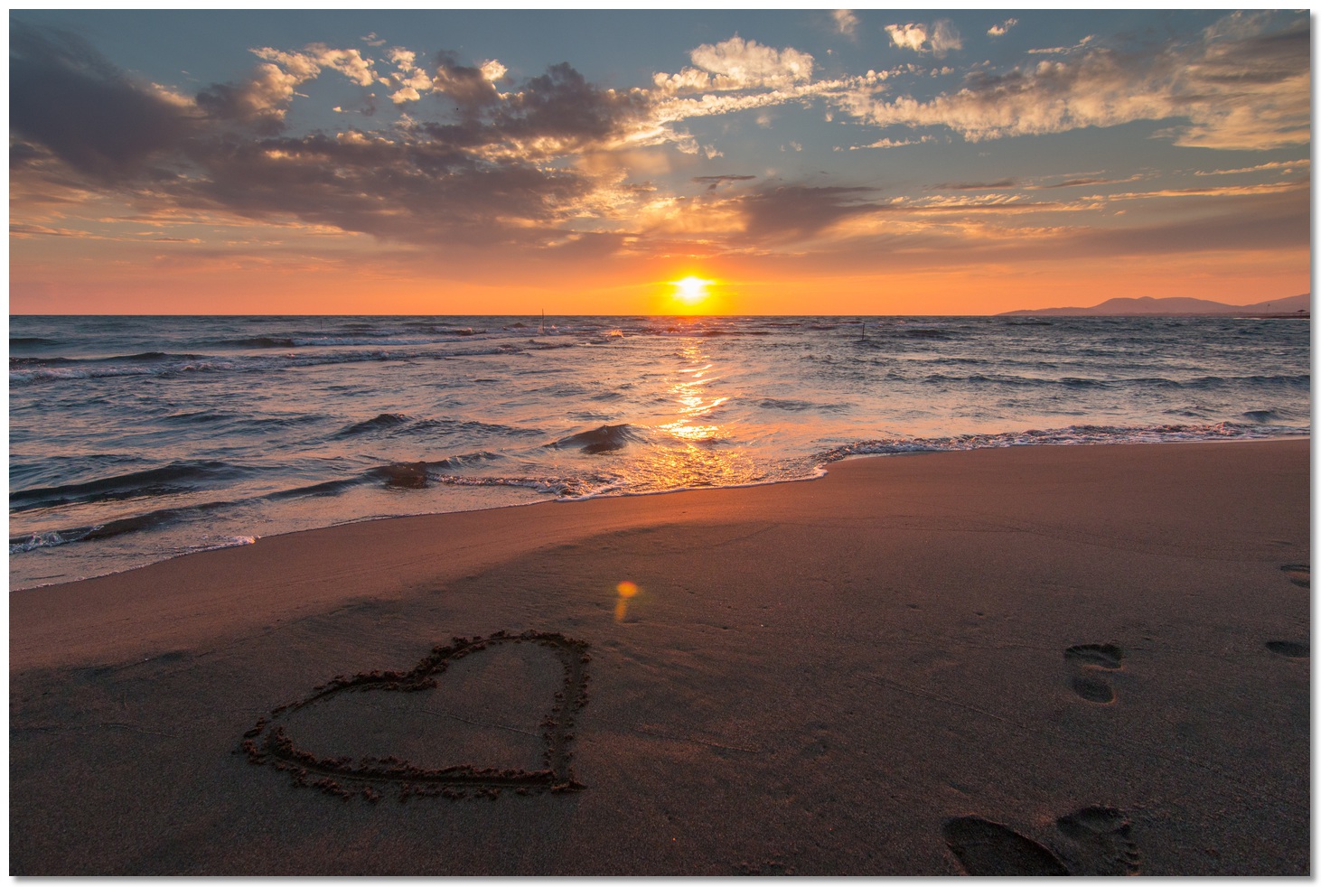 I learned early in my circumnavigation there is a universally accepted principle when it comes to cruising relationships: it will either make it or break it, and you will know sooner rather than later.

I admittedly agonised over this problem. Before I had even set off I had already discovered that boats were crucibles when it came to relationships. My initial circumnavigation departure collapsed when a relationship with my best friend fell apart at the last moment. This led me to nearly lose the boat in a storm and caused my departure to be stood down for six months in order to repair the damage to my yacht called Obession. 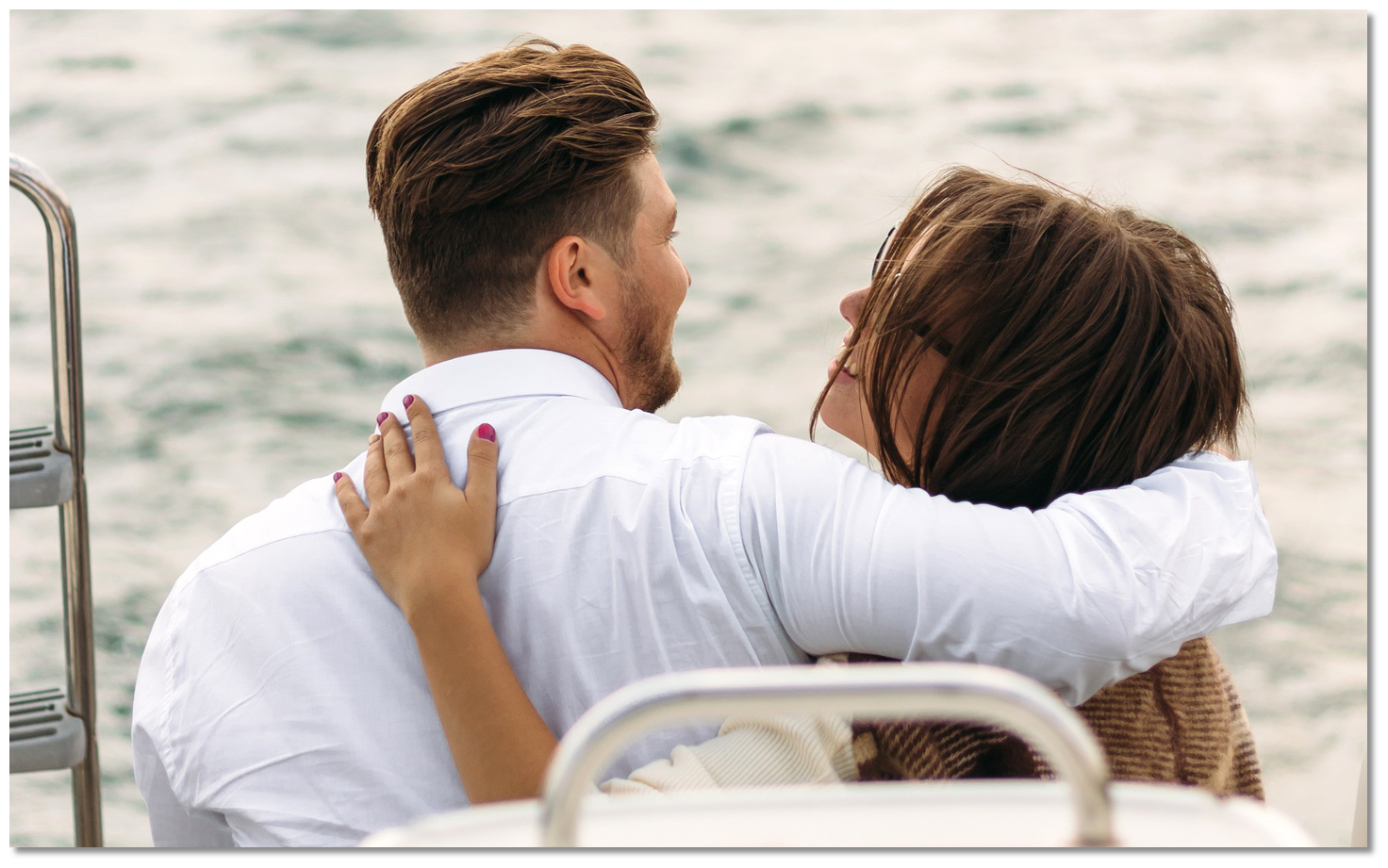 Make it or break it, but you will no sooner rather than later
Photo: CC0

But, born more lucky than good, the delay only served to provide the opportunity to get close to a girl called Jayne that by the time it came to depart again, I was confident was my true lifelong love. However, having seen the irreconcilable upset the circumnavigation caused with my college friend of a decade, I was in no way going to jeopardise the most important relationship I had by taking it aboard a sailing vessel. So hence I set off with random crew planning to take up the relationship when I got back.

But deep in my heart, I knew it was not the right answer. Admittedly, knowing little or nothing about sailing at the time, I scarcely uttered a sentence for my first six months after departing that did not have 'how, 'what', 'why' or 'when' somewhere in them. Amongst these questions were always the perennial 'how do romantic relationships fair when long-distance cruising?’ It was through this process that came to be introduced to the relationship axiom in a marina in Falmouth southwest England.

Knowing my thirst for knowledge the marina staff brought me to see a long-distance solo sailor called Jonathan who had arrived the previous day. We had talked for an hour on all sorts of boating topics when I asked the question. The answer he gave me was so insightful, that I later wrote down the conversation word for word in my ship's log.

I doubt I could articulate it better so I will leave it to Jonathan's own words as recorded in my log, June 7th, many years ago…

I had asked Jonathan how he saw relationships between couples get along on boats. His response then went on to explain that he had set out from England together as husband and wife and had come back a solo-sailor in every respect. The revelation had entirely caught me off guard, the sad outcome, not so much.

Having seen my voyage destroy a decade-long friendship it was the all too expected answer on that point. For here it was again, the curse of boats poisoning relationships. It verified that I was absolutely right to take the hard road, to leave Jayne behind whilst I got this voyage out of my system. The chance of discovering true love was rare, it is not something I care to count on coming around twice. Though I may miss her terribly now, the price of taking her into this environment would only be to kill our chance of long-term happiness.

‘Oh no... don't be sorry... not at all’ he interjected brightly. Jonathan shifted intently on his seat to stir me back into the conversation. My initial embarrassment of stumbling over his break-up must have drifted off into a momentary sad refrain. One where I had pondered over his sad confirmation of what I already knew, it's certain meaning for me and he must have perhaps mistaken for embarrassment.

‘This is not a bad thing’ he continued encouragingly with brightened eyes, ‘and my case is not at all that typical. In fact, it's very far from it. Hold on a minute...
Let me just think about this for a second, I really want to give you a good answer to that question… it's really an important one’. He paused and looked aside as he inwardly considered the deep experience of this area that he wanted to faithfully impart.

‘Look, it's like this,’ he continued then fixing on me kindly but earnestly.

‘Setting off as a couple on a yacht will do one of two things. It will either make it or break it. That's it. Just one or the other. There are no in-betweens... and that is not at all a bad thing’.
‘Make it’ is an obvious gain, but equally, if it breaks it, the both of you are still far better off. For then both of you will know sooner, rather than later, that the person you are sharing your life with is the wrong person for you.

People can go for five, ten, even twenty years in normal life and not really know the person they are living with. They only realise it when it is too late or when it is just too painful to do anything about it.
But on the yacht... you'll know in a matter of weeks, certainly no longer than a couple of months, and the both of you will know it too. And, if it is wrong, it is easy to bring it to an end then.

I went for more than ten years waking up with my wife alongside me, knowing that I felt, in all honesty, totally alone. I thought that was just life, that's the way it is. But when we went out long distance sailing together we began to see we were just two strangers together. Two strangers that wanted different things from life. Both of us saw that too... and there was no upset about it.
We just knew we had to go our separate ways. That was it. Had we not sailed off together I could have woken up feeling alone in the world, every single day for another fifty years or more. Now, I have a chance to change that.

Believe me, nothing can make a bond more close than being together cruising when it is right. Nothing in the world.’

This as so perfectly laid out by Jonathan in that brief encounter in Falmouth seems to be the unbreakable rule of long-term cruising. It was the one I would hear answered in various guises over and over again. Being thoughtful, considerate and romantic will, of course, help any relationship, but it will not make a jot of difference to the outcome aboard a cruising boat. If it is not right the greatest happiness from all efforts will something of nothing compared to the sense of unburdening and the deep sigh of relief that accompanies that final waved goodbye at the airport. 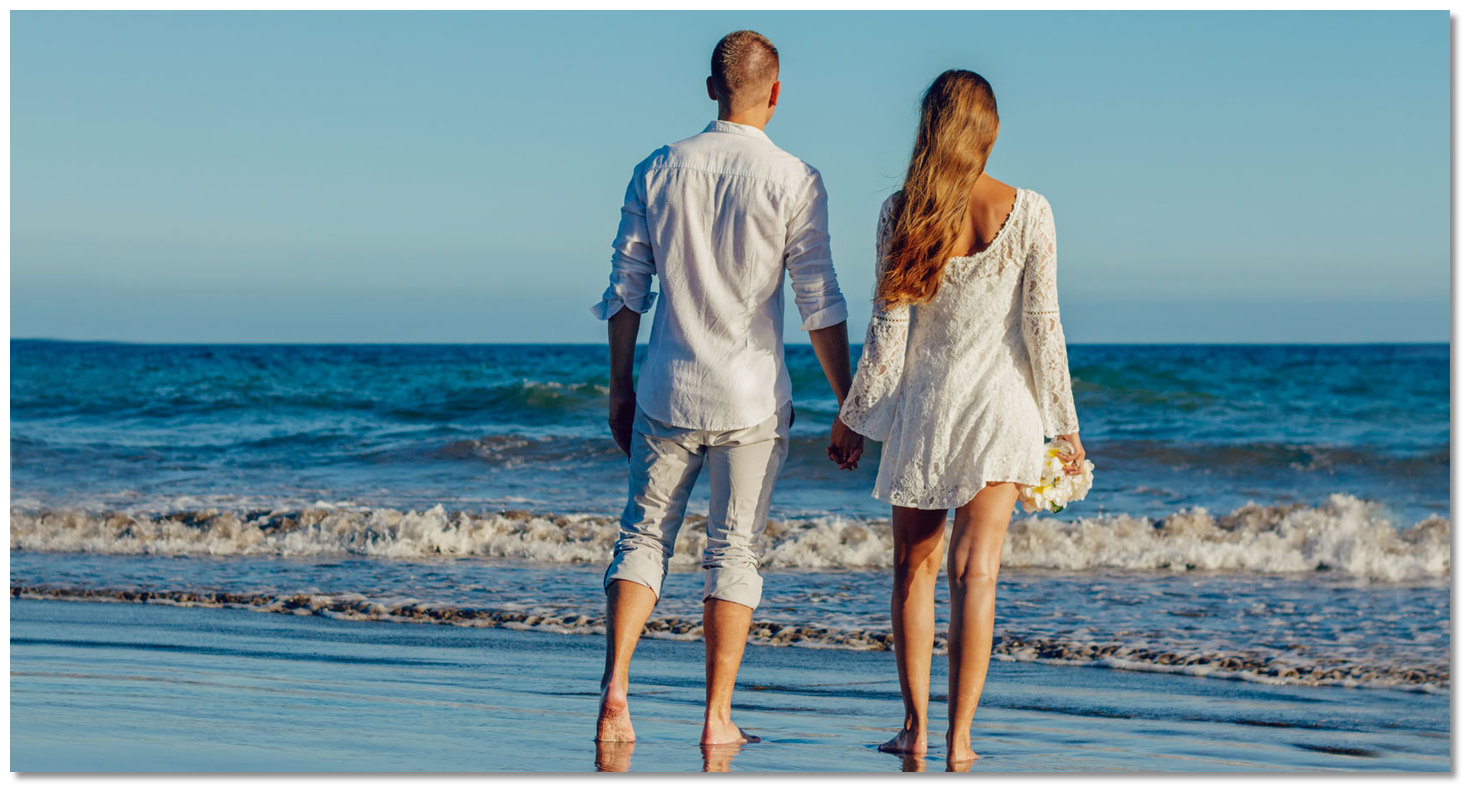 A few months after meeting Jonathon, Jayne joined my circumnavigation and we would later meet the MacDonalds. Bernie and his wife Sue would become our part-time mentors whenever we happened to be in the same port. We met them during their third circumnavigation and they had spent a large part of their lives sailing around the world. During these circumnavigations, they had talked long into the night with countless crews and spoke to as many intended voyagers. This gave them a vast pool of first-hand experience that they could bring to this subject.

From what they had seen a friendship alone was not enough to sustain a long-term sailing expedition. It needed one other bond to hold it all together. That could be a deeply loving relationship, heterosexual or homosexual, a familial parent to child, or sibling to sibling tie. There had to be that deep indelible connection or bond. Without that unbreakable connection, they had seen thousands of long-term sailing arrangements fly apart. Almost all at the dock or, at the very latest, on reaching the far side of the first sea.

It seems the successful bond for the romantic couple is something that is largely preordained to be, or not to be and well beyond our making. On a cruising boat, there is no hiding. You will know who is right for you and you get to know pretty quick. Once discovered it is wrong your emotions will quickly accelerate away and that is not something that can be felt in isolation. But, you truly have nothing to lose, as Jonathan noted, life is finite, it is better to be brave and find out sooner rather than later.

The extraordinary reward for getting it right is that upside of how it 'makes it'. If the fit is right, that time, total reliance and sharing everything environment is a mechanism like no other to bring those emotions in and meld them closely together. I cannot imagine a better mechanism to conjoin Plato's two halves and make them whole again.

When the fundamentals are right all the challenges that a voyage around the world throws up for a couple are all worked out naturally without the least concern and the mundane can become a pleasure to do. In my case, Jayne soon became my fiancé and wife and the circumnavigation was a black & white film noire that suddenly went widescreen technicolour and one with a happy ending that just never ended.

Having the benefit of looking back at our profoundly happy circumnavigation from a distance of two decades, we are still the same. Each person's experience will be different. I suspect that a lot of this is down to my wife being a truly most wonderful person. And, for my part, I am the living embodiment of the other axiom, that 'it is better to be born lucky than good'.