Tests have revealed that almost any yacht can capsize when hit beam-on by a breaking wave taller than 55% of the vessel’s length overall. It is believed that some "beamier" modern production boats can be capsized by a breaking wave of as little as 40% LOA. If a yacht enduing heavy-weather conditions is subject to a knock-down, or worse a full 360° roll, chaos will reign below decks if the internal lockers spill their contents into the cabin.

The heavy items of the lockers cascading into the cabin create a major danger for below decks crew. Many sailors have been very seriously injured by lockers spilling their contents. A complete roll will also result in a massive water ingress where the bilge pumps will be further impaired by the detritus.

A seagoing vessel, and particularly an ocean-going one, should have its equipment secured in such a fashion that it remains firmly in place during normal seagoing situations and continue to stay put should the vessel receive a knockdown or be rolled through 360°. If this is not the case advance provisions should be made so that the nothing more threatening than a settee berth cushion will have to be dealt with should the worst happen. 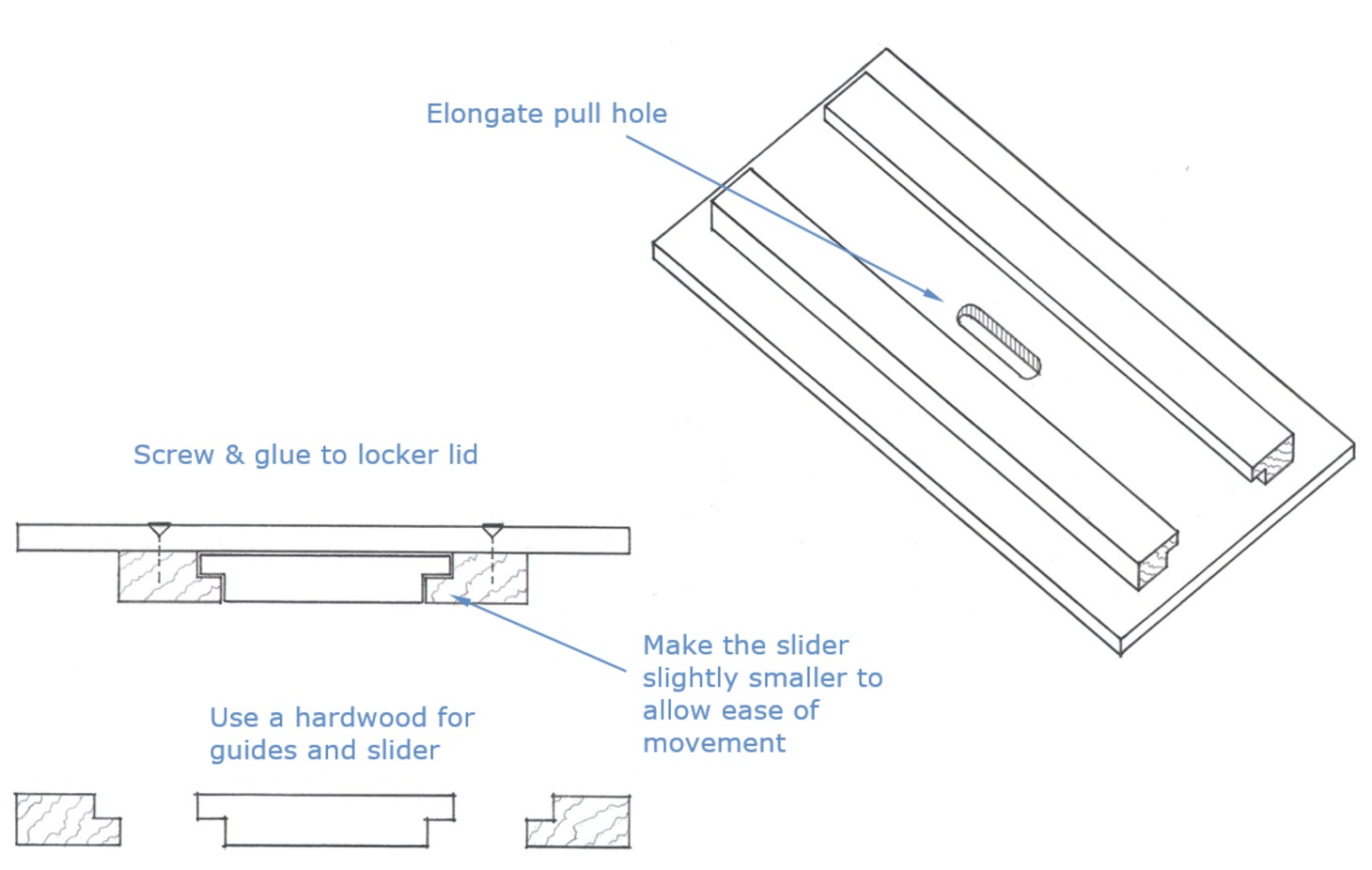 One of the primary areas to secure are all the under-seat stowage lockers as they have a vast array of contents. The fastening system, illustrated above and below, will keep almost anything at bay. Vertical lockers can also use the same mechanism, or alternatively a simple turn catch of teak or brass that operates independently of gravity and which is strong enough to take a surge load. 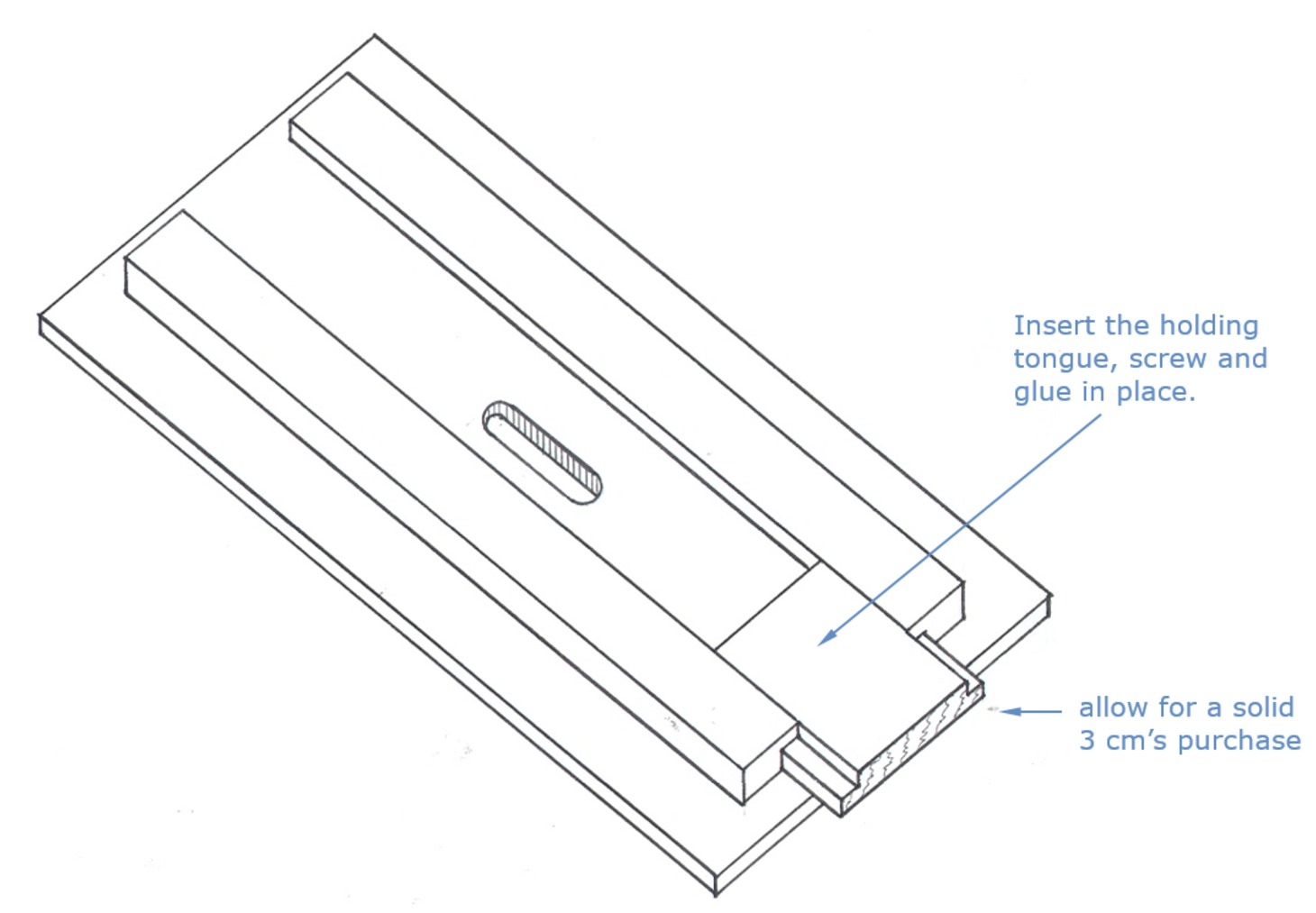 This system is superior to the positive latch systems where a finger is inserted through the locker doors to release a spring-loaded catch from the inside. These type fittings can create a situation where a finger may be broken - imagine being in the process of unlocking when a rogue wave lurches the boat violently so as to pivot your body weight upon the trapped finger.

If you decide to use these catches be aware of the danger and use only marine grade catches, latches and locks. Springs rust and break and many brass hinges have pins of steel that rust and seize in domestic fittings. 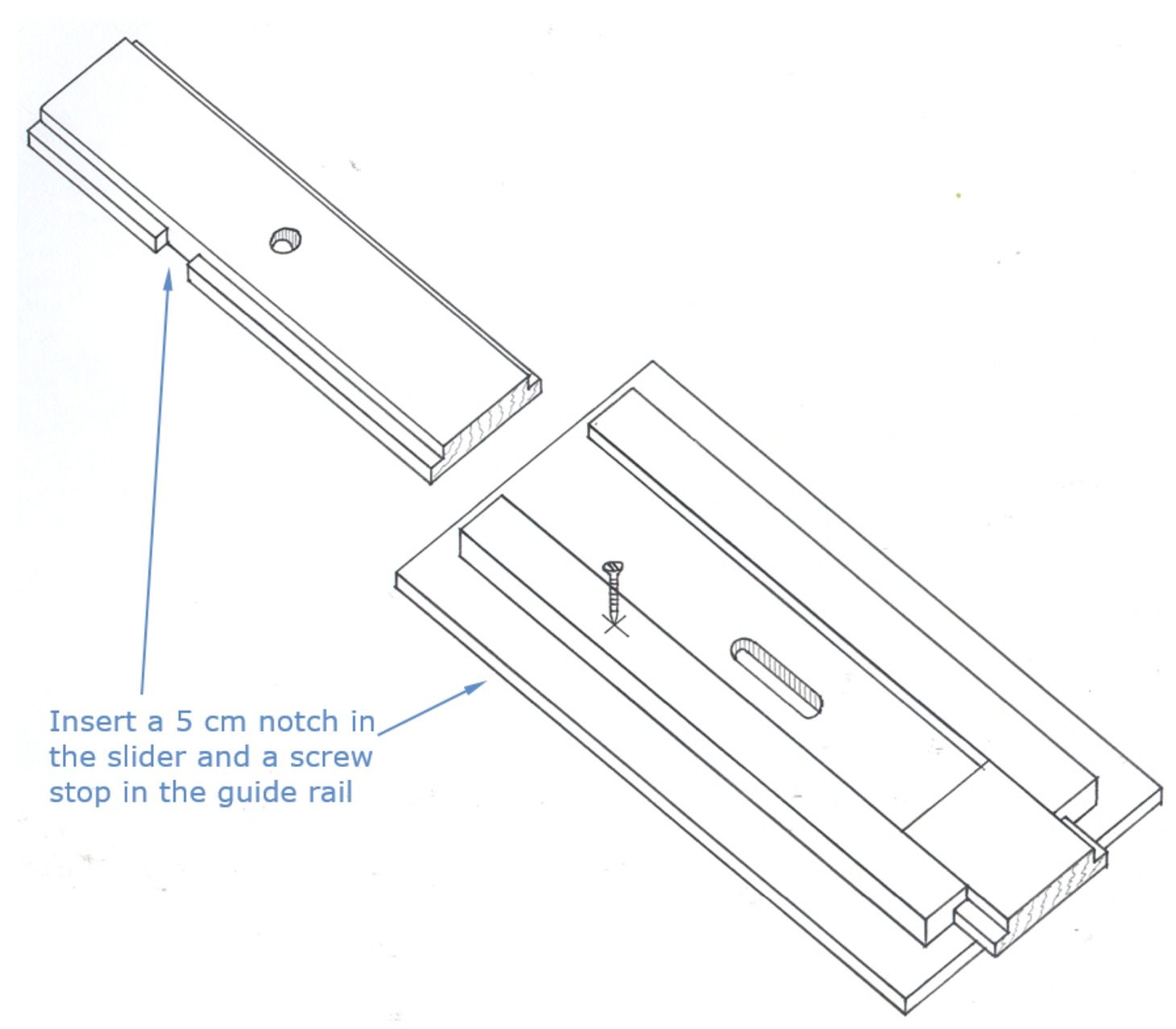 SECURING BELOW DECK EQUIPMENT
With the lockers secured the other primary areas to focus below decks are as follows:

The galley stove: The stove should be capable of being locked securely in the non-gimballed position during heavy weather conditions. It should have a crash bar

to prevent crew from being thrown against it.

SECURING ABOVE DECK EQUIPMENT
Areas to focus on above decks are:

If the above recommendations are followed and the crew make it a habit to always bolt the lockers shut and verifying they are secure when in heavy weather sailing, recovery from a rollover should be vastly reduced. The amount of flooding will be extremely alarming but with bilges free of detritus and the vessel righting itself largely intact you will be better able to deal with the situation.